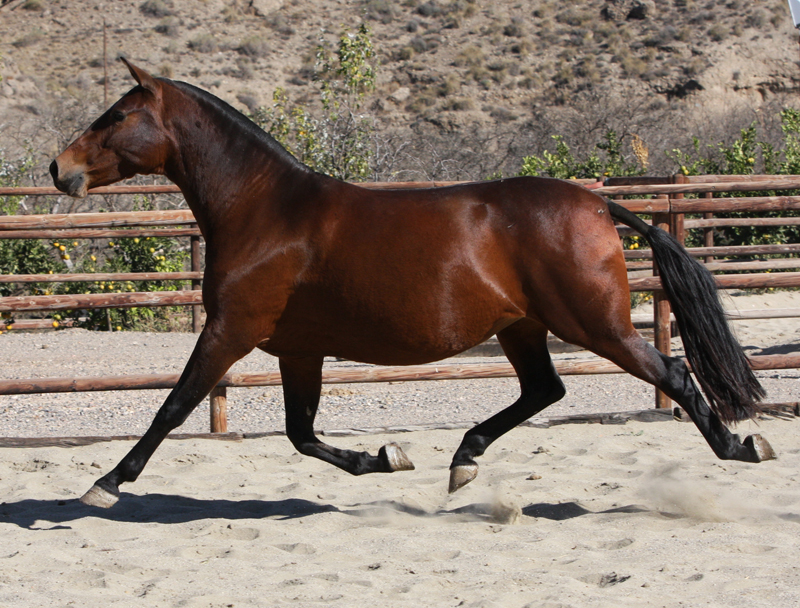 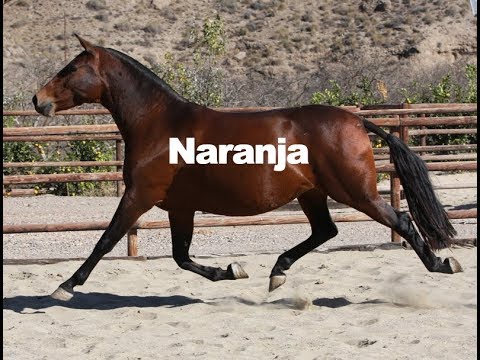 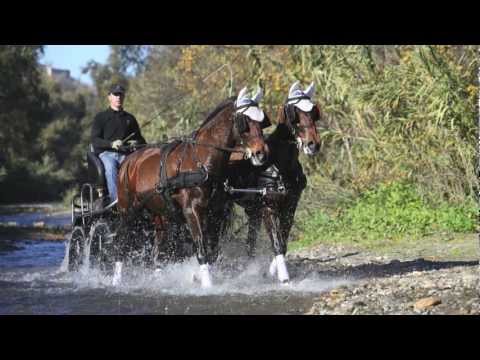 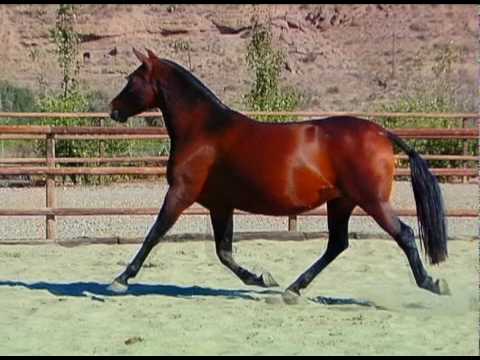 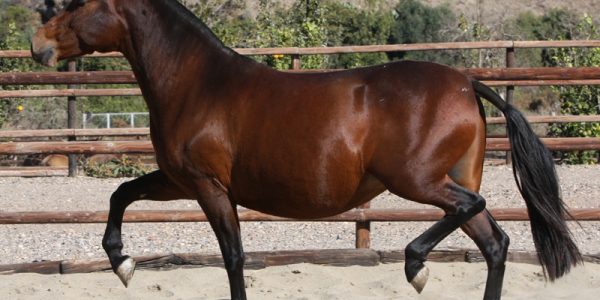 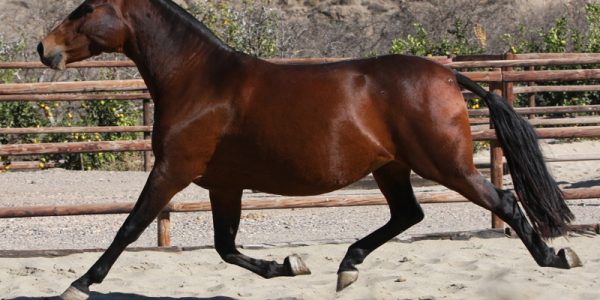 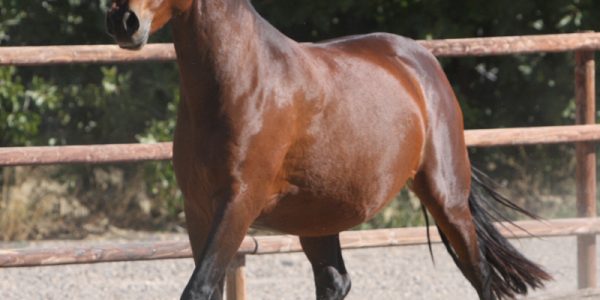 Naranja is a mare of purebred Spanish breed and bay coat color born in 2004.

She is the daughter of Nevado XXXVI and Briosa XX, with origins from Yeguada Escalera and Yeguada Militar. The result of this mix is ​​a functional and noble mare.

With Naranja we have had 8 offspring until 2019, 4 with Chiquillo II,  of Yeguada Escalera and another 4 with our Tenaz stallion, Qualified PRE Stallion.

Naranja, along with his sister Mandarina makes a magnificent trunk of Spanish mares hooked, who have participated in several contests of engagement with excellent results.

His participation in exhibitions and engaging contests and his delivery has helped him to be a great trunk of mares, participating in events such as Sicab.

PRE brood mares are selected according to their movements, so we continually analyze them and update videos for our users.

Naranja’s movements are characteristic of the Purebred Spanish mares themselves.

In Yeguada Dimoba we assemble and hook all the breeding mares, this activity is very beneficial for its development and allows us to follow its evolution and functionality.

Initially they are hooked single, where they are made to pull the hitch.

Naranja lives free in the paddock, where they can move easily in an environment with fresh grass, straw and feed for their complete feeding with a balanced diet for the broodmares.

Our mares are the result of dedication and work for years with the best genealogical lines and origins of horses with prestigious herds.

Spanish PRE mares have a special facility to work in the horse carriage, so that in a few days of training they already work perfectly.

Subsequently, trunks are made with the mares that, due to their size and layer, fit together and begin to hook together.

In the case of Mandarina and Naranja, being very similar sisters and mares they are a perfect mares trunk, since they have also worked hard together and are very coordinated.

The origins of Naranja mare can be seen on the page of his sister Mandarina, who is also a Ridden Andalusian Bay Mare. 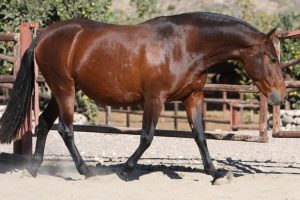