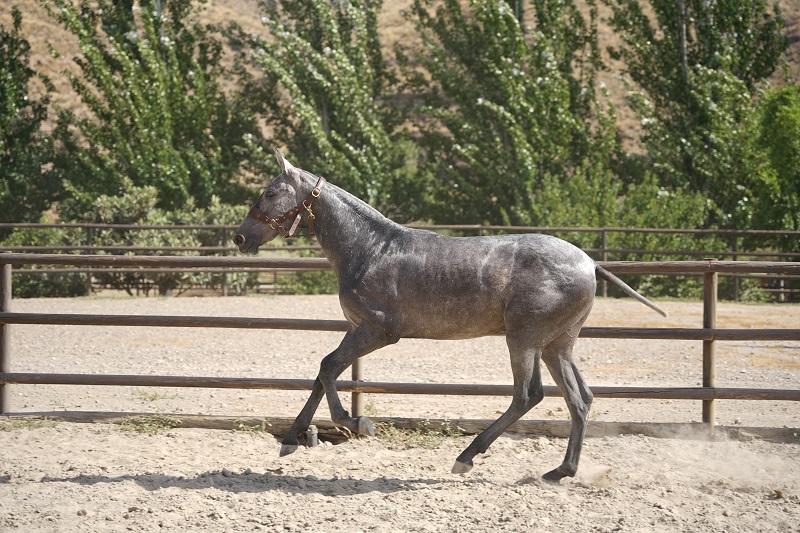 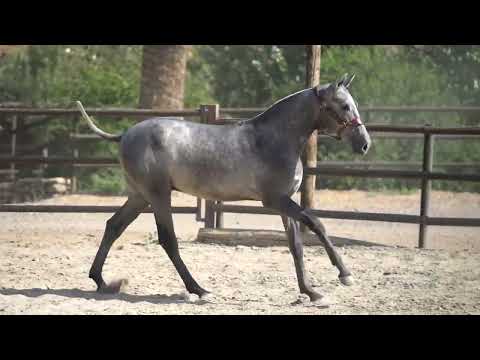 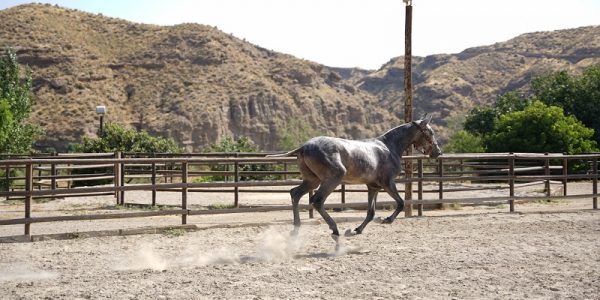 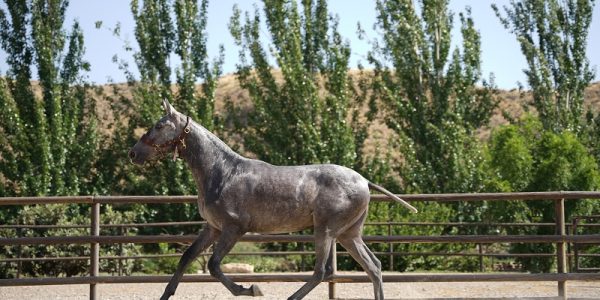 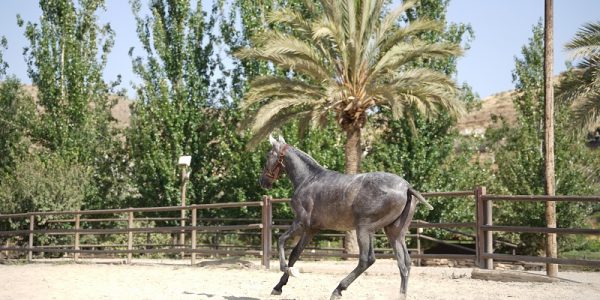 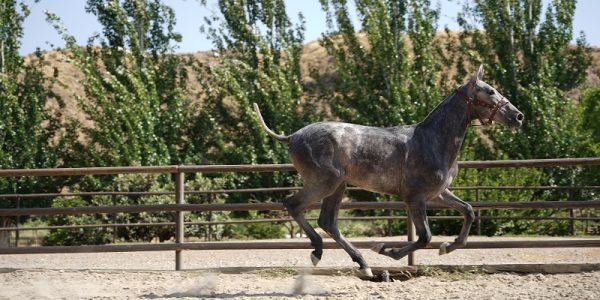 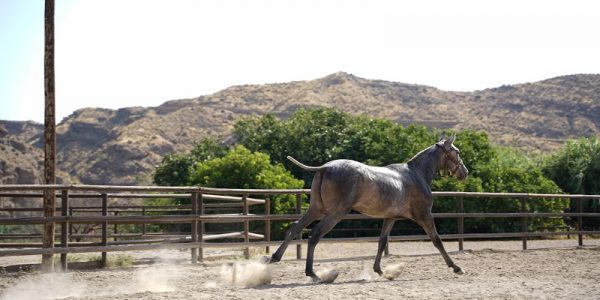 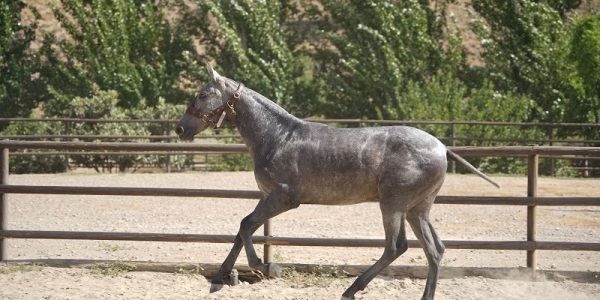 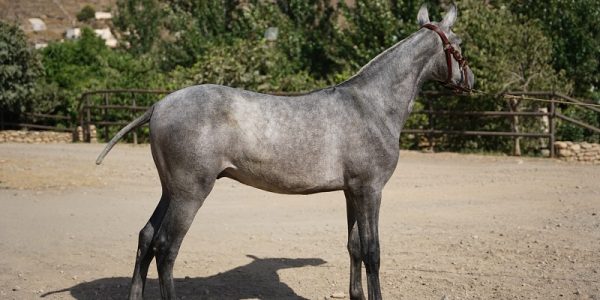 Vino Dimoba is a Purebred Spanish foal with a gray coat. He was born on May 3, 2021 and is the son of the great Romero de Trujillo, Qualified Breeder and World Champion and Habichuela DM, a gray Spanish mare.

He is currently the youngest colt at Yeguada Dimoba, with a championship family tree. In addition to his father, he originally had his grandfather, Engañoso VI, with the Improving Reproducer cockade.

The foal has great qualities for dressage due to its wide movements. In addition, his nobility stands out at his young age, very correct poise and a quite good morphology in general.

Vino DM has a very good back and powerful croup, perfectly maintaining its own proportions and clearly defined characteristics for a Purebred Spanish Horse. At such a young age he moves very well on the stud track and in a fluid way, so the projections of this colt for the future are very good.

This PRE colt is the son of the great Romero de Trujillo, the jewel in the crown of Yeguada Trujillo who year after year has been filling the showcases with rosettes, creating an extraordinary sporting record.

Since 2015, he has been debuting season after season without stopping, achieving very good results in his contests.

Romero de Trujillo was champion for the first time in the first World Championship in 2015. Since its inception, he has entered 16 conformation competitions, of which he has been champion of his section in 15 of them.

He also competed in the World Dressage Championship for Young Horses that was held in Ermelo in 2018 in the seven-year-old category, doing something historic. He managed to raise public applause for minutes at the end of his test.

In the same year, 2018, he was World Champion of the ANCCE Cup in SICAB and a year before, in 2017, runner-up in the World Cup of ANCCE Dressage in 6 years.

Vino is a gray PRE colt for sale with the Yeguada Dimoba iron and one of the best foals of our stud farm due to the family tree that supports it. He is the son of champions and he is also registered in the LG PRE ANCCE.

It is the right colt for the ranch or rider who wants to acquire a horse with which to start working from the beginning of his care when he is only one year old. Having them from such a young age has the advantage of being able to raise and tame them yourself, polishing the details to the taste of the rider.

In this way, a much more faithful foal is also raised, because from such a young age he knows the same person as his master, to whom he will give all his nobility. Although work with him does not begin until he is three years old, dressage work begins from birth with the tasks of washing, deworming or holding.

While the time comes to work with him, he lives freely on the farm with other foals his age with whom he jogs and plays. In addition, at Yeguada Dimoba we focus and are deeply involved in the care of our foals so that their development and growth is adequate.

Wine is free in the field with fresh grass and organic feed for proper nutrition. In our stud farm we breed noble, loyal, good-natured, calm and spectacularly beautiful PRE horses.