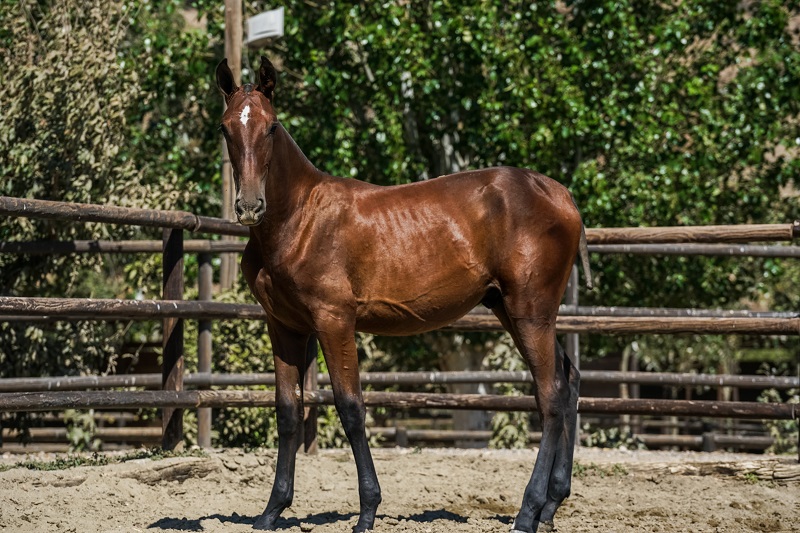 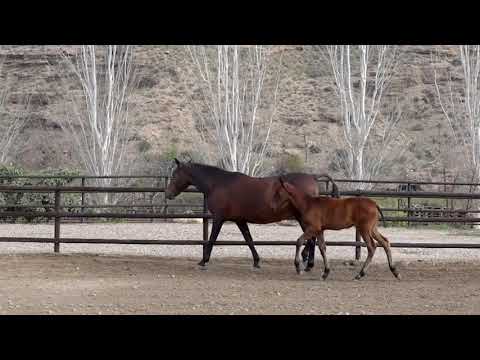 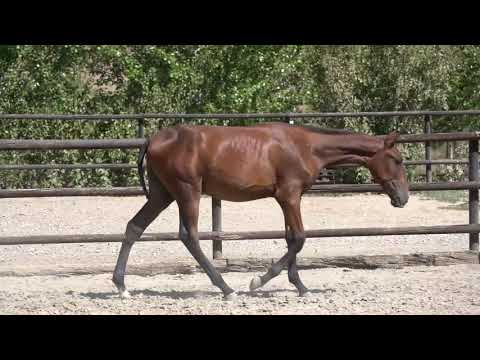 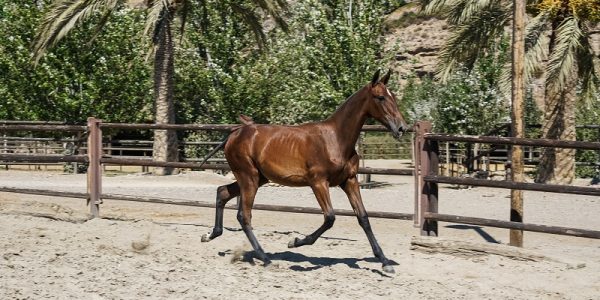 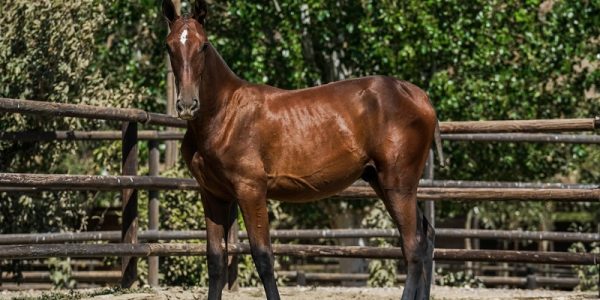 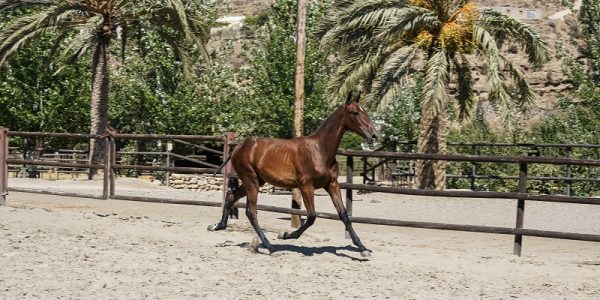 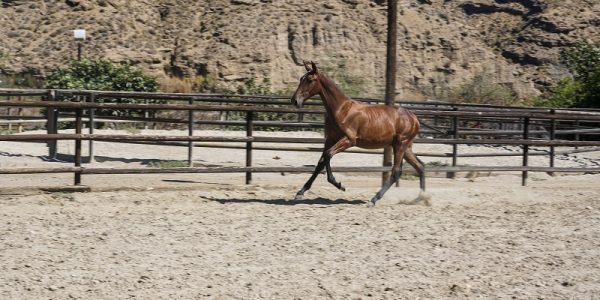 Uno Dimoba is a Pure Breed Spanish colt, with a bay coat and son of Tenaz, a PRE Qualified Stallion with a gray coat and Naranja, a Spanish Pure Breed mare with a bay coat. He was born on December 28, 2020 and is currently one of the youngest foals we have at Yeguada Dimoba.

His mother Naranja, is an excellent brood mare. Mounted and hooked, she makes a magnificent trunk of mares with her sister Mandarina, who have participated in events such as Sicab.

Uno is a foal that is three months old and is still next to his mother as we can see in the video from March 2021, on the track of our farm.

At Yeguada Dimoba, foals are usually weaned at the age of 5 months, although we prefer to do it with several specimens at the same tim. This is more beneficial for them.

Until the time of his weaning, he plays free in the field with his mother. Uno Dimoba is very active and likes to play with other foals, and at his young age he shows sensational dressage attitudes.

At Yeguada Dimoba we focus on taking care of Uno, so that his development and growth is exceptional. He continues with his mother, a very important stage for the foals and, once weaned, he will live free in the field with fresh grass and organic feed for proper nutrition.

Although it is not until the age of three that horses begin to work, dressage exercises begin from birth with the tasks of imprinting, washing, deworming, peeling, trimming and holding.

Uno Dimoba is the right specimen for those who want to acquire a horse with which to start their care from the beginning. By having them from such a young age you can raise and tame it yourself, making it even more faithful to its owner.

The pedigree of this PRE foal is magnificent. From his father, qualified by the ANCCE, and his mother, winner of competitions to the prestigious herds from which his origins come.

On the part of Tenaz, which is registered in the LG PRE ANCCE, its oldest origins come from specimens from the Yeguada Militar and Viuda de Terry, with the stallion Tymus from Camacho Benítez.

In addition to being a winner in morphological competitions for gold, silver and bronze medals.

On the part of Naranja, we find the origins of Yeguada Escalera and Yeguada Militar, being the daughter of Briosa XX and Nevado XXXVI.

At Yeguada Dimoba we breed PRE horses, all of them registered in the Genealogical Book of the Purebred Spanish Horse (LG PRE ANCCE), noble, loyal, of calm character and great beauty.