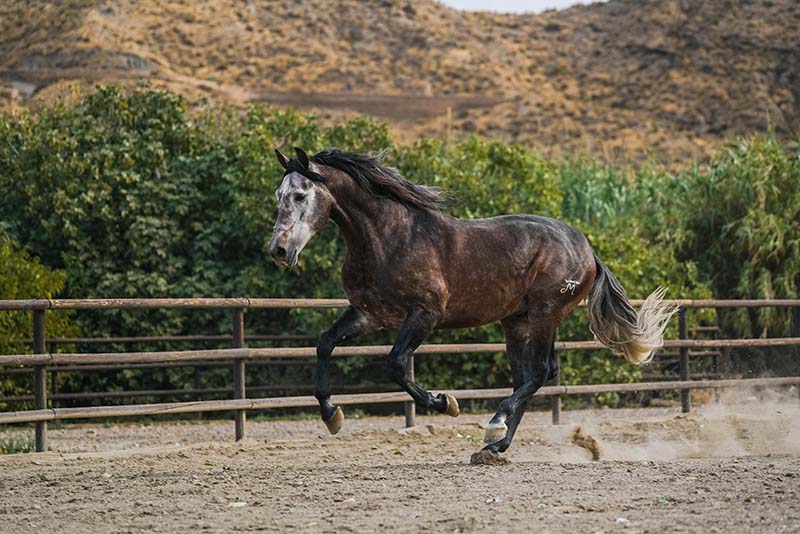 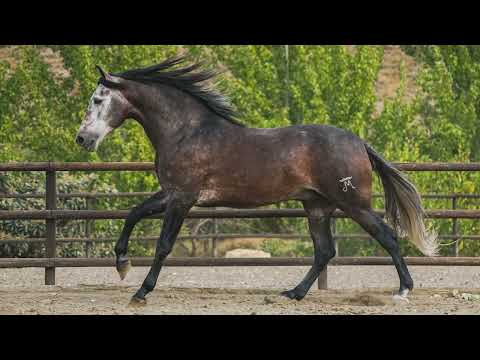 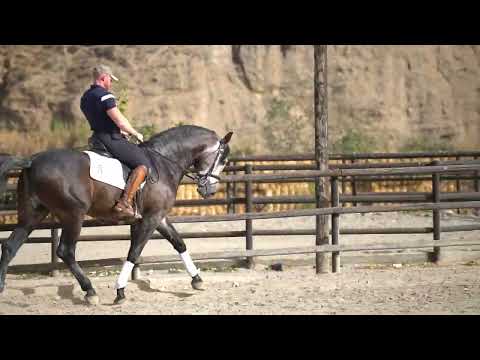 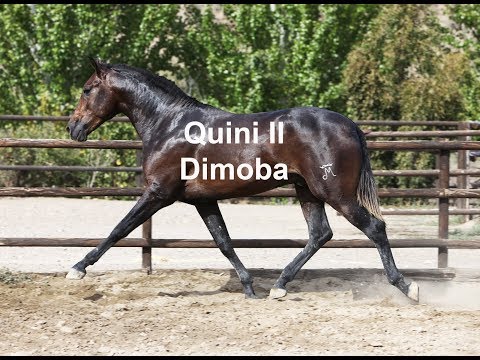 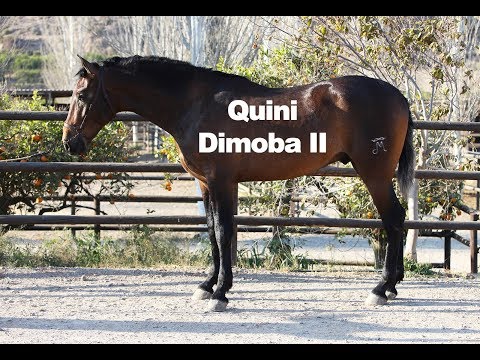 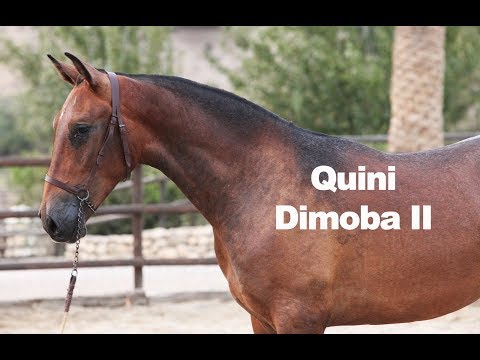 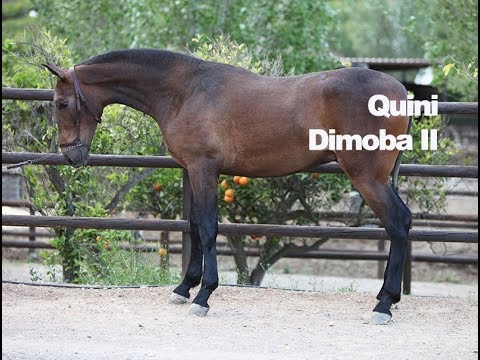 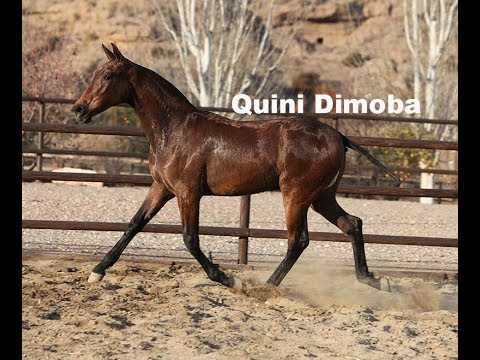 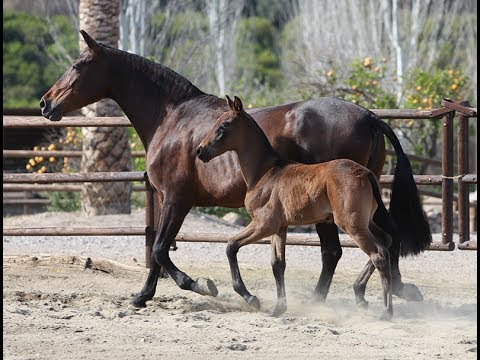 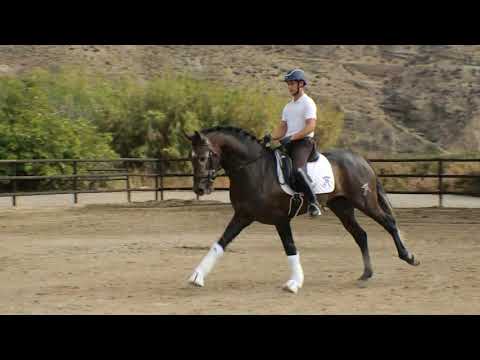 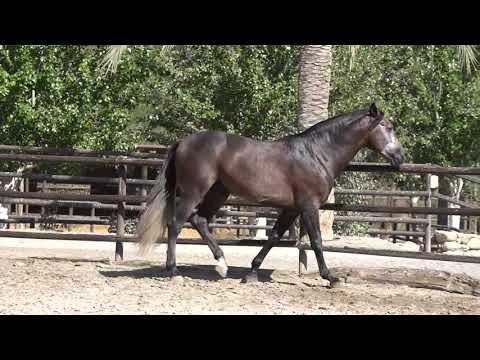 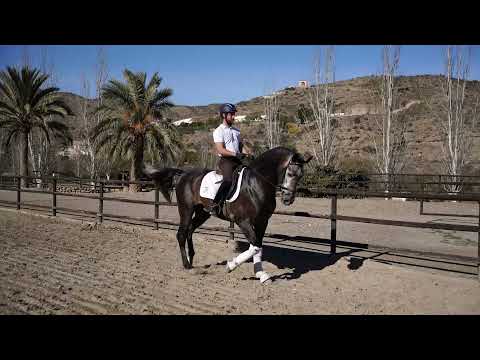 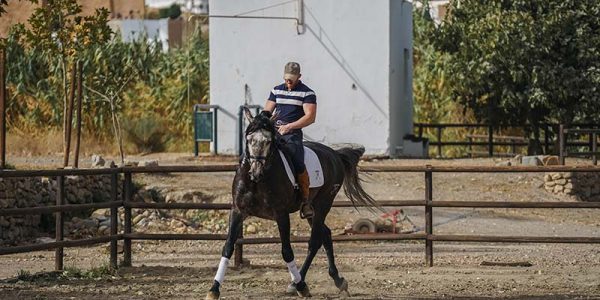 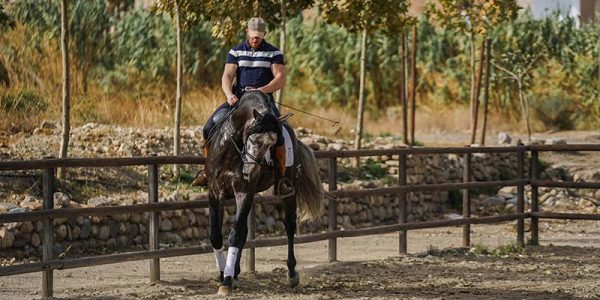 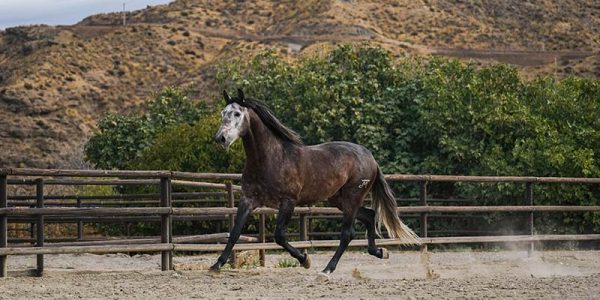 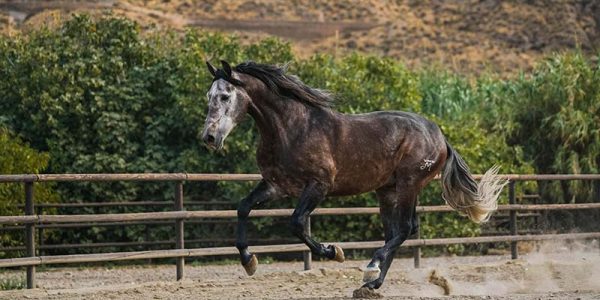 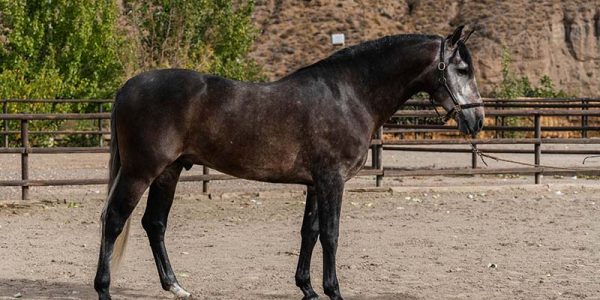 Quini is a 5-year-old Grey Spanish Horse with excellent morphology, movements and character.

Its origins are unbeatable, on one hand Tenaz,  Qualified PRE Stallion with more than 70 offspring and very good results as stallion.

The origins of his father Tenaz come from horses and mares from Yeguada Militar and Viuda de Terry stud farms. He is a qualified stallion and has achieved a gold medal in morphological competitions.

For its part, Mandarina XII is a high quality Andalusian Bay Mare that has given very good offprings.

She is a ridden and driven andalusian mare. Her origins come from horses and mares from recognised stud farms like Francisco Lazo, Yeguada Escaleta, Yeguada Militar and Ignacio Bravo.

One of the characteristics of Quini is its racial fidelity, it is a young horse that perfectly maintains the proportions of the Spanish Andalusian Horse standard.

The head, neck, cross, back and rump perfectly maintain the proportions that are sought in a PRE horse that are clearly defined for this breed.

On the other hand, from the point of view of the whole, you can see a total symmetry between the height of the horse and its length, which is one of the characteristics of the Spanish Horse.

Its size exceeds the average of the breed, since with less than three years it measures 1,67 m /16,5 h. Something that does not break its harmony since it is a very proportioned horse, but it will certainly be a large horse.

All these characteristics are typical of the Spanish purebred horses, Quini has all of them.

You can know if a horse or a mare is qualified in its genealogical chart, which distinguishes them from the rest of the horses.

We have colts of various ages, from weaning to horses like Quini with 5 years, is at the perfect time to start tame. All our colts for sale are available at this link: Andalusian Colts

In our stud farm we breed horses of several ages and levels, so you can find the perfect horse for you. 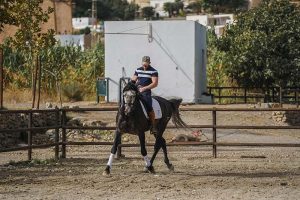