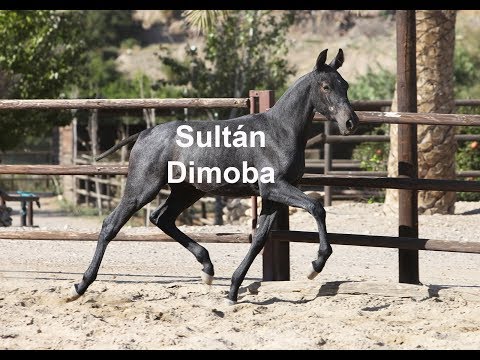 On the other hand, Mandarina XII is a Spanish Bay Mare which, due to its size and quality, is a magnificent breeding mare.

Morphology: Its morphology is very similar to that of its sire, it has of Tenaz the size and the forms.

Which indicates that it has many possibilities of being a morphological championship Colt.

Character: His character is very similar to Mandarina,  it is a very easy to treat colt, it is noble and cheerful.

Functionality: In the case of movements, it has a combination of both, Mandarin elevations and Tenaz´s elasticity. So he could be a great dressage horse.

So we think it can even improve their parents.

What to consider when buying an PRE foal?

When you are going to buy a Andalusian PRE Colt, the ideal is to see the parents and their movements.

If it is possible to see some other foal son of them to see how it has evolved.

For this reason on this website you can see the stallions and mares with whom we have breeded our foals.

In this way it is much easier to get an idea of ​​what the foal will be when he grows up.

Of all our horses, mares and foals there are recent videos and photos, if you are interested in any one you just have to ask for it and we update them.

On our website you can find several colts of different coat colors, with a common denominator, racial fidelity, functionality and Nobility.

We breed the foals taking care of their well-being and feeding, so that they are animals treated in a personal way so that their dressage and behavior are excellent.

Committed to animal welfare that animals return with an excellent attitude before dressage and work.

We recommend visiting our Andalusian Colts of the Best Genealogical Lines. 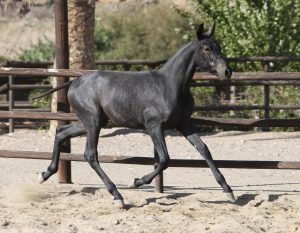