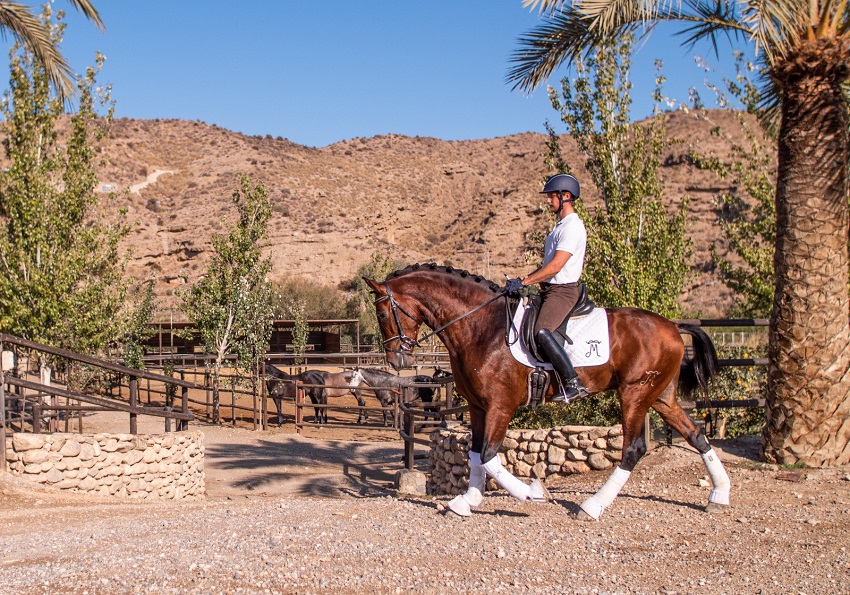 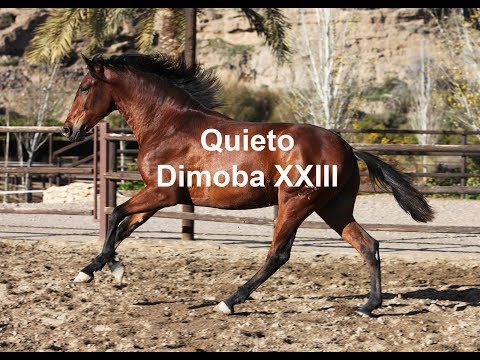 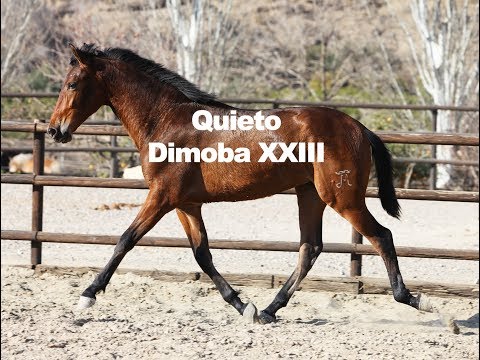 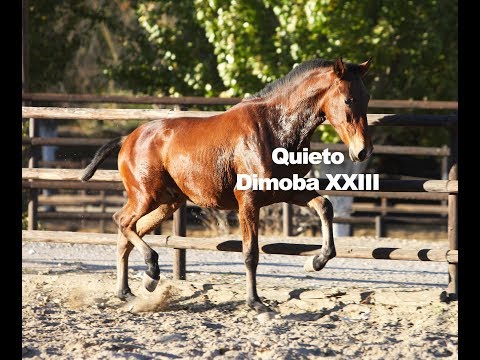 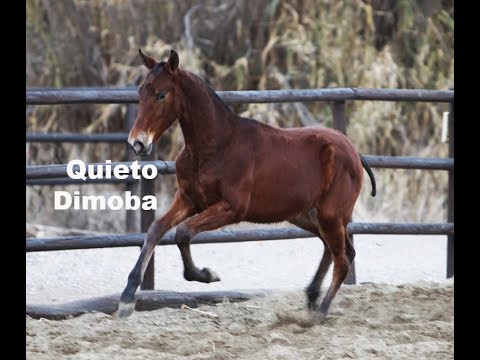 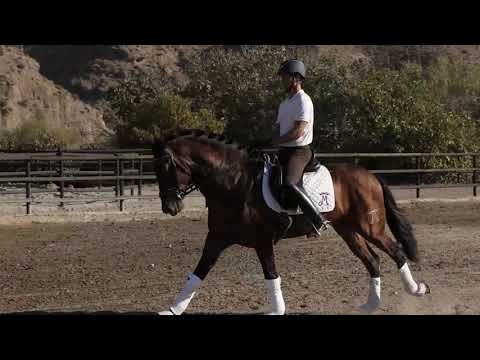 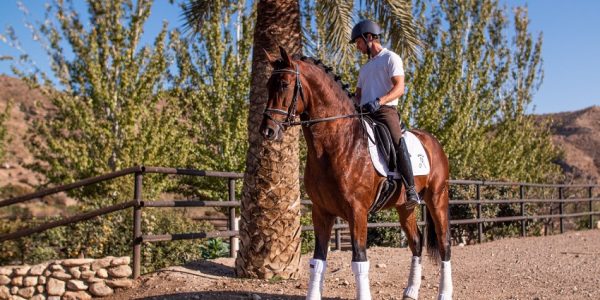 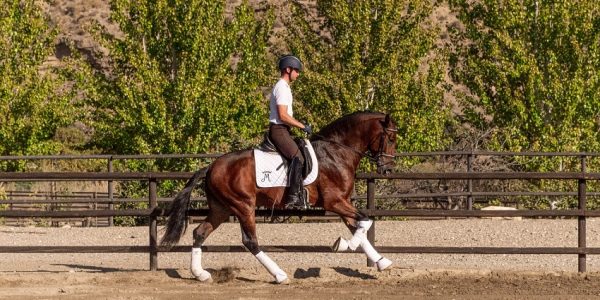 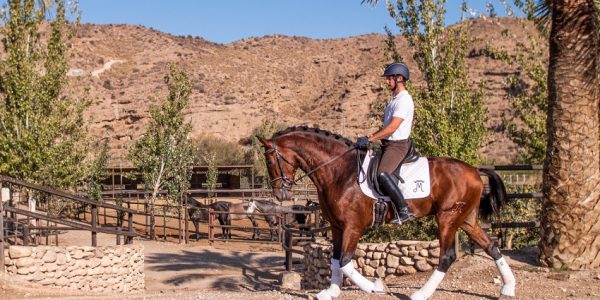 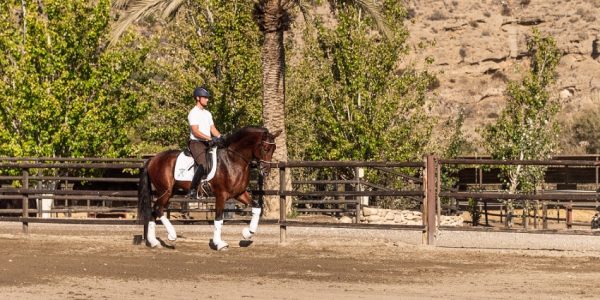 Quieto XXIII is a 4 years old PRE Colt whose parents are both Yeguada Dimoba branded.

Quieto is son of Gádor DM, a PRE stallion from our stud farm and Garrucha DM, a Spanish mare.

In its origins it has important horses as Obcedado from Yeguada Militar and has a history of dimoba from three generations ago.

It is also a foal breeded on our farm since its birth, it weaned with 5 months and has been in the paddock until a few days ago.

Being the son of a buckskin stallion and mare with, his cape is bay.

His calm character makes him an exceptional colt when it comes to working with him and his rapid learning during his training are the characteristics that represent him.

Its movements are very concise. It’s so easy work with him, it is obedient and concentrated on rope work.

At what age do PRE horses begin to ride?

We started working with them at 2 and a half years, which are collected from the field and worked on the rope.

After two and a half years, with almost three years they star to work with the saddle.

At three years old they are usually already assembled and work in the three airs, step, trot and gallop.

We have customers who prefer to do it them directly and that are not ridden, and in other cases that have the basic dressage done.

The dressage begins from the moment of birth with the printing works, ensuring that his memory of the first hours of life will last and be good for them.

Although the foals are in the field periodically they are collected often.

We breed our foals with dedication during all stages of their life and the results are obvious in the noble character and movements of our PRE foals.

Their diet is very important, so we make sure that they receive the food they need from the field, combining it with feed for their correct growth.

Yeguada Dimoba has horses of different ages, levels and coats. In this way, you can find the best speciment for your necessities.

In addition, you can see updated videos and photos in our web and social networks to know the evolution of Quieto.