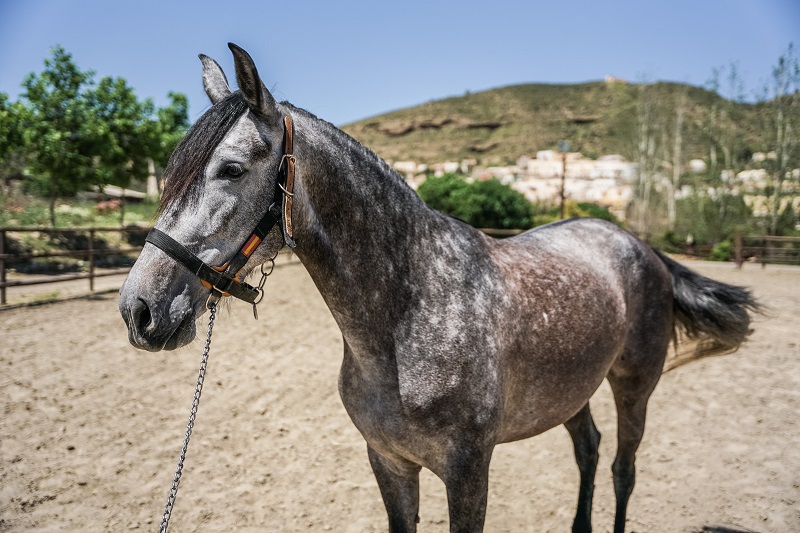 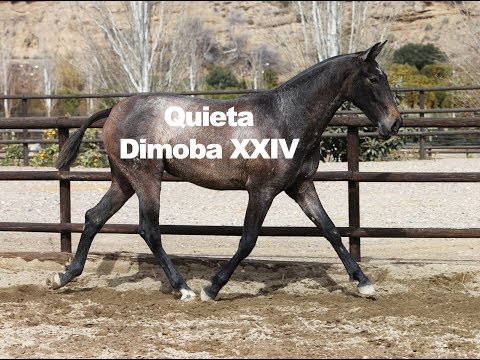 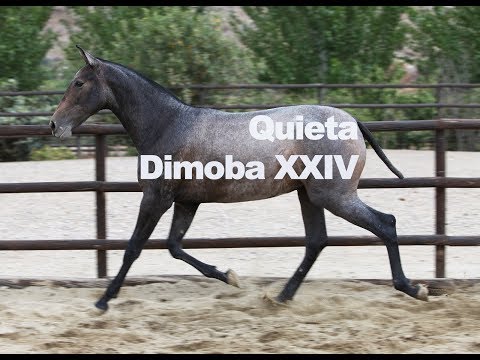 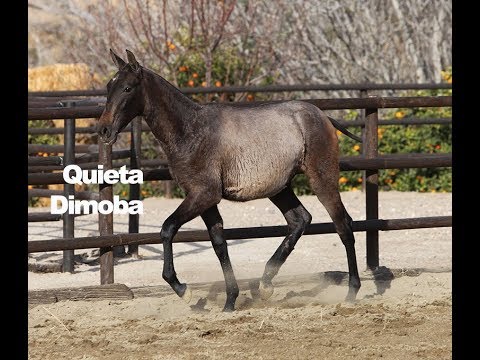 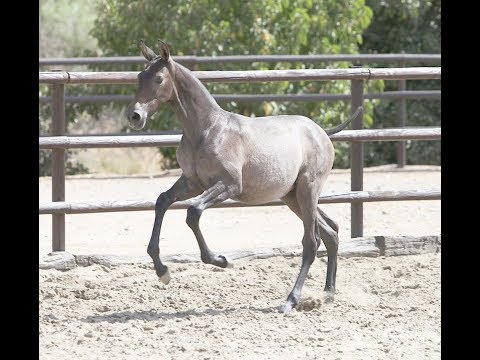 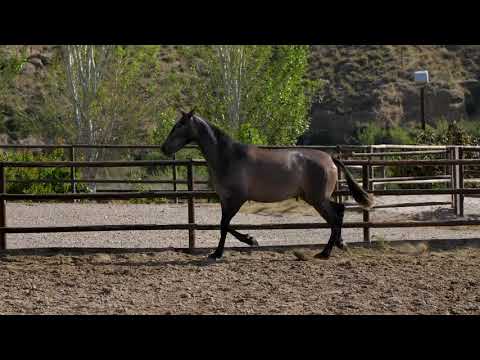 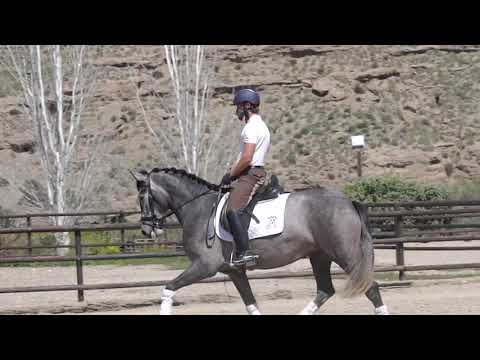 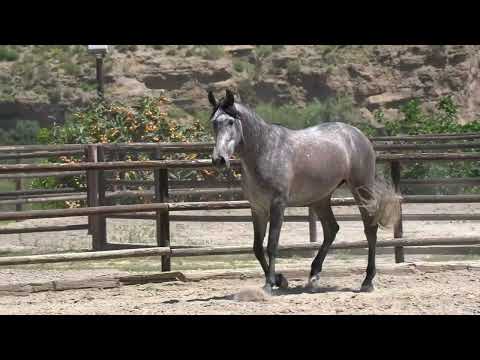 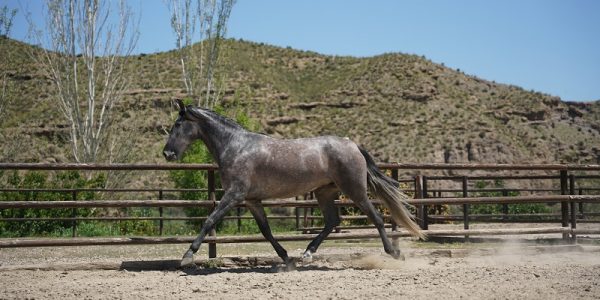 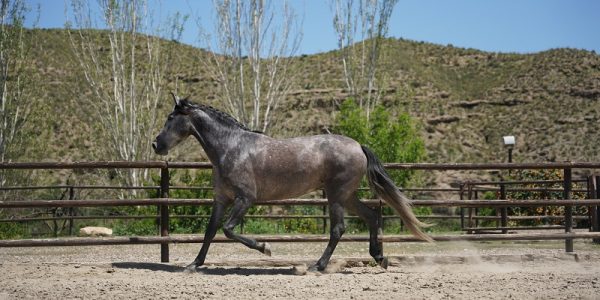 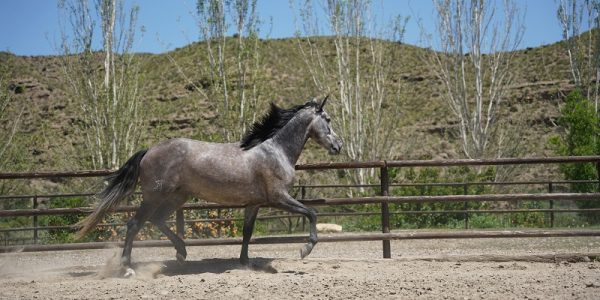 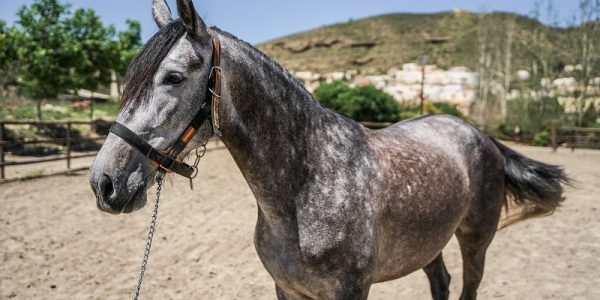 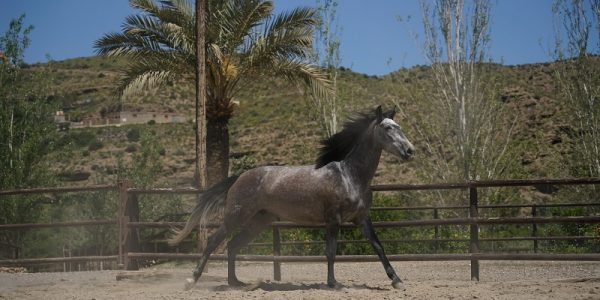 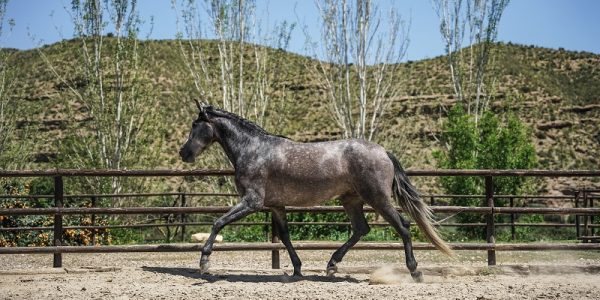 Quieta XXIV is a Gray Pure Spanish Filly, born in 2017 and daughter of the three-times World Champion Fer Gallardo and the Qualified Mare Quieta XI.

Great origins result in spectacular specimens, with the necessary balance between functionality, beauty and nobility, as is the case with Quieta Dimoba.

This horse has won results with first place in these competitions:

Fer Gallardo is one of the best PRE Horses of the World.

Quieta’s mother is a Mare owned by Yeguada Dimoba, a Qualified Reproductive Mare and a Recommended Young Reproducer. A spectacular Mare.

Quieta Dimoba XXIV is a purebred Spanish filly with a gray coat, registered in the LG PRE ANCCE, with origins from large herds.

The mixture of prestigious horses has resulted in a noble, faithful and functional filly, easy to train with her and with great future expectations.

In our stud farm, you can also find PRE horses of different ages, from weaning foals to young and older ones. 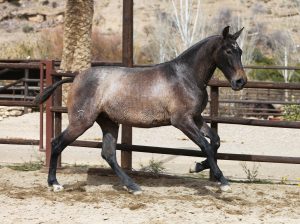