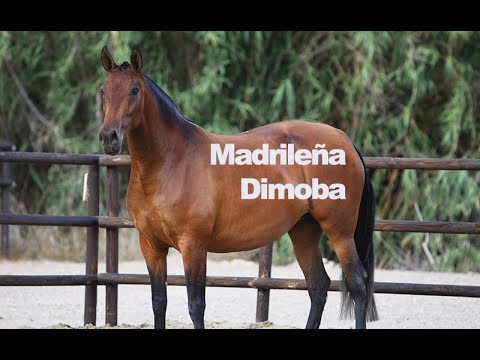 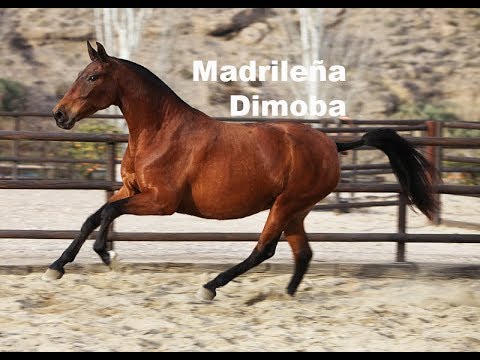 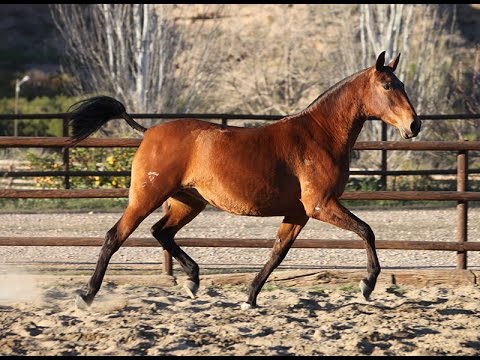 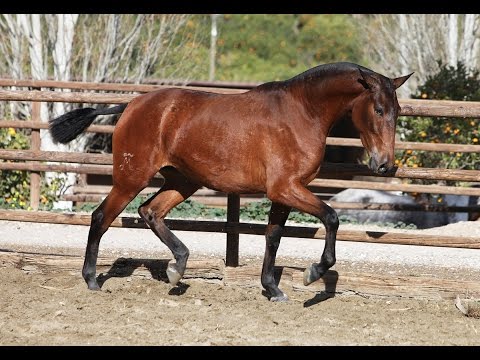 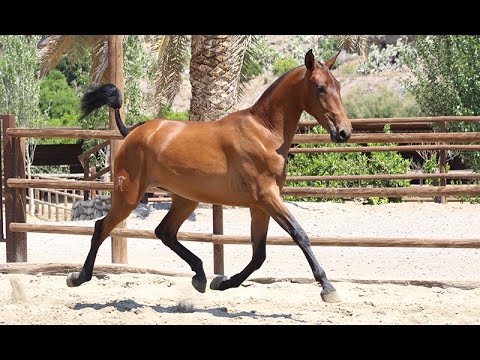 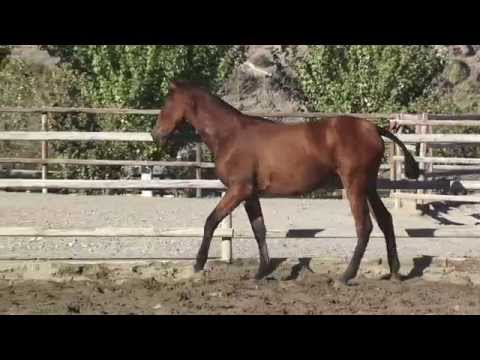 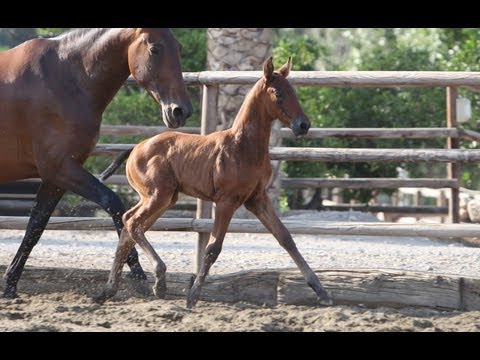 Madrileña is a bay Spanish Mare with Origins of Yeguada Los Corrales and Yeguada Escalera.

On the one hand Gumiel is a horse from Yeguada Los Corrales, Ms. Cristina Baquero Rodriguez, with an excellent record. With level Grand Prix in Dressage, is a Qualified Stallion and Improving Player.

Quieta XI is a mare of Yeguada Jose Luis de la Escalera, she is also a Qualified Breeding Mare.

Madrileña is the daughter of Stallion and Mare Qualified Players that come from the Best Studs in Spain.

All its origins in the ANCCE Studbook

Origins of the Best Horse Breeders in Spain

Madrileña is a bay mare that, as you can see in the photos, has a morphological conformation true to its breed.

It has a height of 1.63 m and the characteristics of a Spanish breeding mare.

It is ridden and is a very functional mare, with high and wide movements in the three airs that make it move easily.

In Yeguada Dimoba we have several PRE mares of high quality pregnant.

In the case of Madrileña, she is pregnant of Tenaz, Qualified PRE Stallion, with which we are having spectacular results with Andalusian Colts and PRE fillies of great quality, functionality, character and beauty. 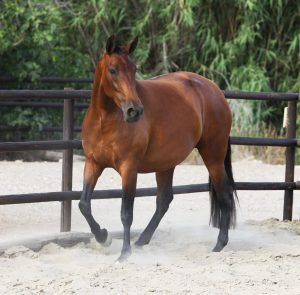